We're happy to report that our Marlin 336 .36 RPP has received a 5 Star review from TSShooter on MarlinOwners.com.

"I am now the proud owner of one of two known Marlin rifles chambered in .36 RPP (Ranger Point Precision)...Mine is pretty plain Jane compared to the one on RPP's site - No painted furniture, medallion, gold colored loading gate and cap......... But mine does have a 24" Douglas Match barrel and a RPP low profile scope base. I mounted a Weaver 30mm 1-5 scope with European reticle and illuminated dot.

I plan to shoot sdeer and hogs for sure. The 36 RPP is certainly capable of taking anything in North America. I think I'll play with 180 grain bullets and see how far I can accurately shoot with them. This should be a long range thumper.

I have plenty of heavy hitting bolts in the safes. I just think it would be cool to have a 300 yd.+ capable Marlin lever for long shots. We have some big fields where I hunt that stretch well beyond a thousand yards."

Some of the initial load testing data: 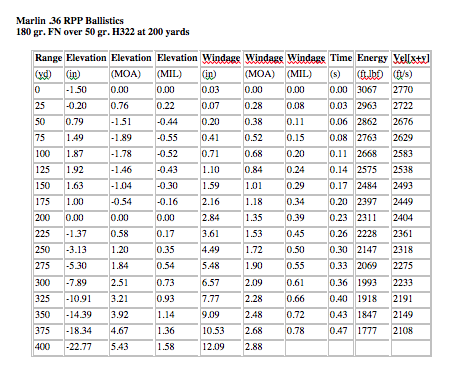 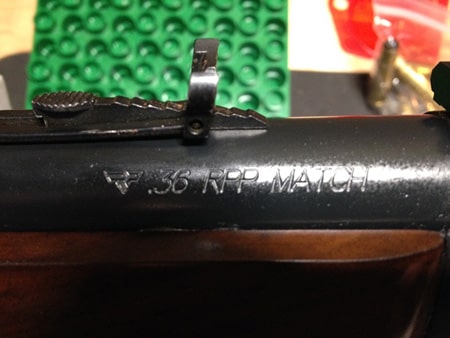 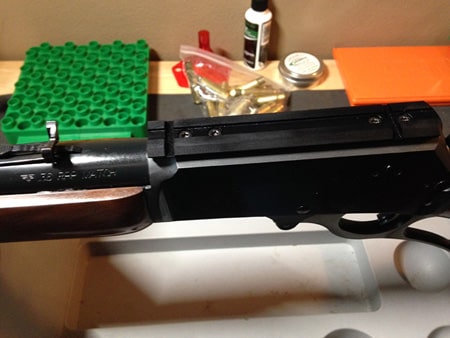 What is the best grain bullet for a 36 RPP?

What scope mount for 36 RPP?

You can have a Weaver 30mm 1-5 scope for 36 RPP, along with a European reticle and illuminated dot.